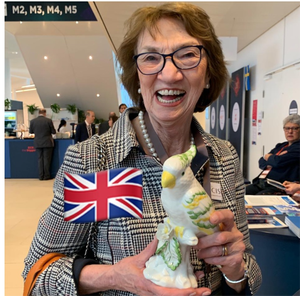 Professor Janet Husband and Professor Rodney Reznek founded the International Cancer Imaging Society in 1998. Professor Husband was the first President of the Society. She has recently retired as Head of the Department of Diagnostic Radiology at the Royal Marsden Hospital and Institute of Cancer Research, Sutton, Surrey. Since her appointment in 1980 she led pioneering clinical research both in CT and MRI in cancer care. Professor Husband has published over 200 scientific papers and books, and lectured extensively throughout the world. A Personal Chair of Diagnostic Radiology was conferred upon her by the University of London in 1996. In 2002 Dame Janet was awarded an OBE in recognition of her contribution to cancer imaging in the Her Majesty the Queen's Birthday Honours. She continued to pursue excellence in the development of radiology and oncology as a high quality service for patients, in education and in promoting research nationally and internationally for the benefit of patients, and in the Queen's Birthday Honours 2007, was appointed Dame Commander of the Most Excellent Order of the British Empire for services to medicine.