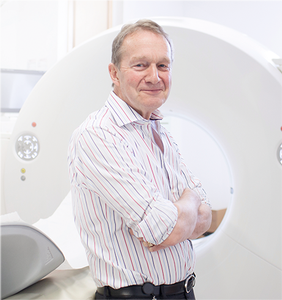 Mike King qualified in medicine in 1971 and became a Fellow of the Royal College of Radiologists in 1977. In 1979, he was appointed as a Consultant at the Royal Marsden Hospital and at Westminster Hospital.
Dr. King served nine years on the Editorial Board of the British Journal of Radiology, becoming Editor in Chief between 1992 and 1995. He served as an Officer and a Member of Council for the British Institute of Radiology until 1995.

Since 2006 Dr. King has been Divisional Medical Director at the Royal Marsden NHS Foundation Trust.